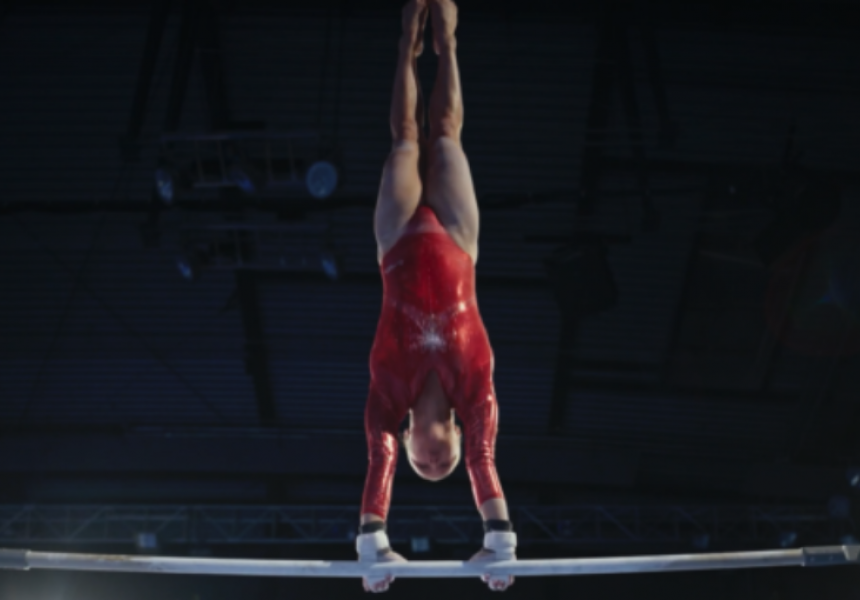 Olga (Anastasia Budiashkina) is a talented 15-year-old gymnast with a bright future that might take her all the way to the Olympics. Given the chance to train in Switzerland, she leaves Kiev just as the Ukraine experiences unprecedented political turmoil. Ruthlessly focused on her training, Olga is left a distant bystander as her mother, an investigative journalist, challenges a brutal regime.

Elie Grappe’s impressive debut is a subtle, tensely handled tale of exile reflecting the pressures on young athletes, the clash between the personal and the political, and a young woman’s search for who she is and what she is prepared to sacrifice.

★ ★ ★ ★
“Anastasia Budiashkina is excellent as a young athlete exiled during the 2014 revolution in this moving drama released to raise funds for Ukrainian refugees.”

"It’s a compelling, smartly performed movie, with Mikhina mostly low-key and deliberately sullen until the fireworks are finally, and deftly, deployed.”