Place after Pattern after Place with Thaís Muniz and Laura Vaughan 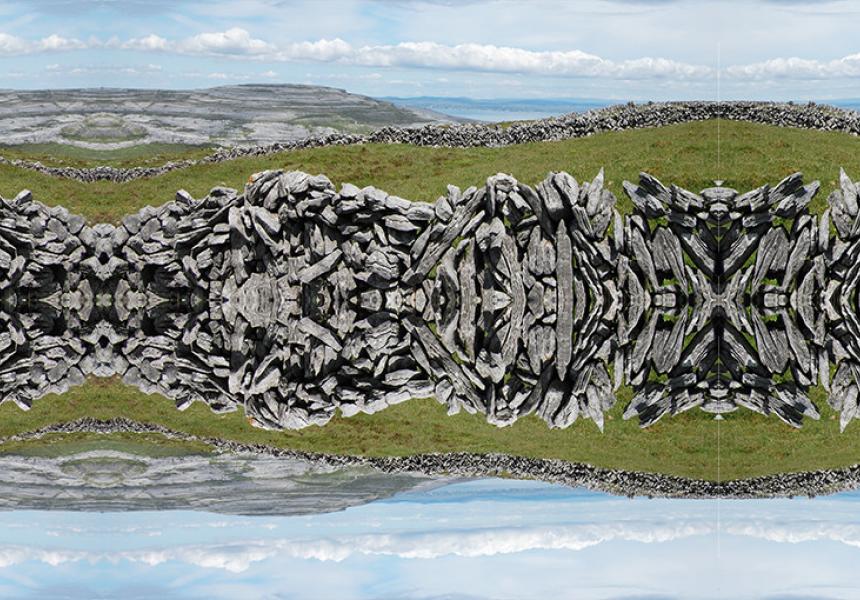 This summer, glór is happy to invite two textile artists, Thaís Muniz and Laura Vaughan, to respond to the use of patterns and repetition in fabric designs, and how it can connect us to places.

Laura Vaughan is a Clare-based designer and artist who creates her own digital prints based on landscape scenes from the Irish West. She uses her designs to create household objects that bring rural Ireland into the home. Thaís Muniz is an interdisciplinary artist and designer interested in Afro-diasporic connections, identity, belonging and migration. She works with unique fabrics acquired around the world that tell of identities and the histories of the communities they come from.

The two artists came together to tell stories of nature and culture. The patterned fabrics allow us to reflect on, and better understand the places they originate from.

An extensive workshop and performance programme will be presented as part of the this exhibition. Please see details below.

Ori Blessings: A contact performance by Thaís Muniz on Saturday 25th June from 11 – 1pm. Free of charge and all welcome.

Laura Vaughan is a designer, artist, and independent shop-owner based in Ennis. After graduating with a degree in Interior Architecture and moving on to work for design practices in the UK and Ireland she opened a studio and gift shop in Ennis, Co. Clare.

Vaughan returned to college in 2010 to study textiles and then completed a digital print residency at Glasgow School of Art. She then started combining her background in Interiors and textiles to start her practice of making lampshades, and as part of Creative Island at Showcase in 2016, she launched her own range of digitally printed homewares, which includes lampshades with matching cushions, aprons, tea towels, and napkins.

Behind each unique pattern she creates is an individual story and a connection to many beautiful inspiring spots along the west coast of Ireland.  All the products Vaughan creates are designed, printed, and made in Ireland.

Thaís Muniz is an interdisciplinary artist and designer interested in the Afro-diasporic connections, identity, belonging and migration. Her art practices emerge from the need to shatter the status quo when it comes to the representation of Black bodies, to empower and to rescue identities & histories, building bridges and opening conversations. She uses textiles, storytelling, interactive performances, audio-visuals, workshops and urban interventions to share narratives from an anti-colonial perspective, connecting people and uplifting histories. A form of ‘Culture in Action’, the participatory element of her practice is key, through intimate practices with public exchange.

Since 2012 Muniz has pioneered research on turbans and headwraps in Afro-Atlantic culture and its place in art, politics and aesthetics, by creating Turbante-se, a movement and platform, which follows the mystery and beauty of turbans and headwraps in the Afro-Atlantic diaspora – its traditions, new meanings and usage, as tool and connection object. This movement has empowered Black communities from all over the world with an array of practices and actions.

Muniz is Dublin-based since 2014, and her aim is to propose interaction, dialogues, new routes, propelling progressive narratives, with a clear focus on those ignored or misrepresented by art.